SHOWBIZ SANDBOX #457: The Biggest Touring Acts Are Older Than Ever

The latest episode of Showbiz Sandbox is out now!


Take a quick look at the top earning worldwide concert tours and you might be surprised to discover that half of the top ten acts are over 50-years-old. Heck, the number one tour of the year thus far is Elton John and he’s over 70. In fact, thanks to acts like Fleetwood Mac and Bob Seger, the average age of the top ten global touring acts has surpassed 50 for the first time anyone can remember.
Inversely, the age of the top ten recording artists of the year is getting younger, dropping below 30-years-old. This is due in large part to artists such as Ariana Grande, Post Malone, Travis Scott and Khalid who are all under 30 and in the case of Billie Eilish, under 20. We try to understand the age disparity between today’s biggest recording artists and those making their money on the road.
Meanwhile, in China, the burgeoning movie business has fallen on hard times. This is especially true in the cinema industry, where theater owners are contending with a drop in audiences flocking to the glut of new multiplexes that have opened in recent years. At the same time rents for theater locations have skyrocketed and the government imposed quota of foreign releases means many exhibitors are running out of content to show.
Of course we also cover the week’s top entertainment headlines including the latest on the dispute between the Writers Guild and talent agencies, the Toronto and Venice Film Festivals announce their lineups and how Metallica got caught scalping their own concert tickets.
Posted by Michael Giltz at 2:00 PM No comments:

SHOWBIZ SANDBOX #456: The TV Shows That Will Get The Biggest Bounce From Their Emmy Attention

The latest episode of Showbiz Sandbox is ready for your ears to enjoy!


Television audiences have become so fragmented these days that almost every show can benefit from Emmy Awards attention. Sure, you think everyone knows about shows like “Stranger Things” and “The Handmaid’s Tale” We ask which series might get a needed ratings boost from being in this year’s Emmys race.
HBO took home the most Emmy nominations helped by “Game of Thrones” which set a record earning 32 nods, the most ever for a single show. However, with “GoT” and “Veep” in their final seasons is HBO’s award enjoying a swan song over its Emmy dominance?
Meanwhile, Disney’s latest live-action adaptation opened internationally to $531 million on its way to what is likely another billion dollar gross for the studio. In fact, Disney may have five billion dollar movies this year alone.
Of course we also cover the week’s top entertainment headlines including the headlines from Comic-Con, Netflix subscribership drops and why you may not be able to find that hot new album at your local record store.
Posted by Michael Giltz at 2:00 PM No comments: 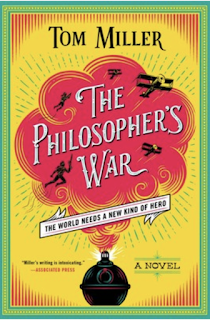 Check out my review of Tom Miller's period fantasy "The Philosopher's War." Only at BookandFilmGlobe! Wait, does "period fantasy" imply it happened?
Posted by Michael Giltz at 11:00 AM No comments:

SHOWBIZ SANDBOX #455: The Reality Is That Reality TV In The US Might Prove A Lot Tougher For Producers

The podcast Showbiz Sandbox has a new episode ready and waiting to expand your entertainment mind!


It turns out members of the Writers Guild aren’t the only ones who want to overhaul the way television gets produced and paid for. Discovery Networks wishes to change how reality shows are funded in the United States, asking producers to foot the bill, rather than fund episodes up front. This is the same model employed in the European Union, however on that continent the producers maintain ownership of the content.
In another seismic shift, Disney TV Studios and Warner Bros. are letting the industry know that they want to change the way everyone working a television show gets compensated. Rather than the standard back-end profit participation model, the studios would pay one larger lump sum at the time of production for any of their broadcast, cable or streaming series.
Meanwhile, we’re learning that the reason censorship has grown tighter in China is thanks to the establishment of the new Central Propaganda Department. Perhaps those now in charge of monitoring the content of movies being distributed in the Middle Kingdom are still learning how spot objectionable content at the script stage.
Of course we also cover the week’s top entertainment headlines including a slump in the live music business, Nicki Minaj pulls out of a concert in Saudi Arabia and Netflix preps its most expensive movie to-date.
Posted by Michael Giltz at 2:00 PM No comments:

Your mission if you decide to accept it: Listen to the latest episode of Showbiz Sandbox as soon as possible.


It was the Fourth of July in the United States which is often a slow news time for the entertainment industry. Except for when it comes to the box office which looks to finally be picking up slightly thanks to sequels such as “Toy Story 4” and “Spider-Man: Far from Home.” Though the box office continues to trail behind last year’s record-breaking tally there are still plenty of big releases to come.
That includes at least one more live-action remake of a classic Disney film; “The Lion King.” That will be the third such Disney release this year. Is the company saturating the market with live-action remakes of its own classic films?
Of course we also cover the week’s top entertainment headlines including why Lionsgate is slowing down its theme park plans, Mad Magazine will stop being published and Rolling Stone launches its own music charts.
Posted by Michael Giltz at 2:00 PM No comments: 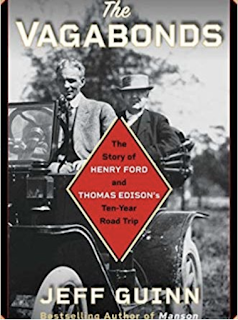 Check out my review of "The Vagabonds" by Jeff Guinn, the true story of summer vacations taken together by Thomas Edison and Henry Ford. Only at BookandFilmGlobe! Hey, is Elon Musk looking for someone to go camping with?
Posted by Michael Giltz at 11:00 AM No comments:

SHOWBIZ SANDBOX #453: The Worst Disaster In The History Of Music

You and the new episode of Showbiz Sandbox: a love affair that is destined to be.


When a fire ripped through Universal Studios in Los Angeles back in 2008 it was initially feared that all of the historic films and music locked away in the vaults that burned were lost forever. At the time Universal reported that, quite miraculously, very little damage had occurred and that few, if any, of the master recordings in the vaults were damaged.
However, in an in-depth investigative piece The New York Times reports that the fire actually wiped out hundreds of thousands of invaluable masters of legendary recording artists such as Louis Armstrong, Chuck Berry, Duke Ellington, Billie Holiday, Elton John, Nirvana and possibly hundreds of others. Universal Music Group continues to insist the loss is overstated, but artists are clamoring for more information and the first class action lawsuit has already been filed.
Meanwhile talks between the Writers Guild of America and the Association of Talent Agents over packaging fees and affiliate productions have stalled and now lawsuits have started to fly.
Of course we also cover the week’s top entertainment headlines including which Broadway shows got a post-Tony Awards bump in grosses, J.J. Abrams lands at WarnerMedia and Celine Dion is leaving Las Vegas.
Posted by Michael Giltz at 2:00 PM No comments: