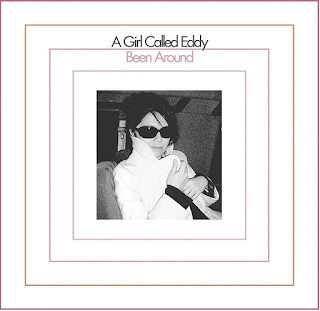 OLD MAN, LOOK AT YOURSELF: THE BEST ALBUMS OF 2020
By Michael Giltz
Ok, I'm officially old. I look at my list of the best albums of 2020 and think, "Hmm, that's pretty NPR." Sure, I keep up with the kids. I listen to the new stuff. I bop my head to the latest beats. You'll find Conejito Malo and Dua Lipa and Moses Sumney and the woefully under-appreciated Teyana Taylor alongside old friends of mine like Rumer and Green Day and Teddy Thompson, who isn't woefully under-appreciated, at least by me.
I can hold my head high, but it's an old head. I've followed that cliched path of hardcore music fans, from the pop music of my youth to a back flip into what came before (the Everly Brothers! Hank Williams!) to a growing pleasure in "mature" genres like jazz and classical. I'll probably end up 90 years old, sporting headphones in assisted living so I don't bother the other residents and debating Bach vs Beethoven (Bach, obviously) while obsessing over the Ring Cycle. (Already seen it, thanks to my friend Stephen. Loved it! But then any fan of The Lord Of The Rings will feel right at home with Wagner.) Yes, I'M OLD!
Heck, even the fact that I still think about music in terms of "albums" marks me as old. Here I am, extolling the joys of a well-chosen greatest hits album (my #2 pick) or comparing any woman with a smidgen of soulful cool to Dusty and Peggy Lee because they're my high water marks of a particular type of artistry.
Maybe I've always been old, musically speaking. My love for well written songs over the latest trend is genetic, not geriatric. I was always a little more Paul than John, so melody is big in my book. I instinctively trusted the lo-fi experimentation of Ram  over the whacked-out experimentation of Two Virgins and that worked out pretty well. I never thought twice about loving a single by ABBA or even The Carpenters, before the Carpenters were (briefly) cool; a great song is a great song. Even as a kid, I liked musicals and standards and started digging into Sinatra and Crosby right alongside Sly and Creedence.
Give me an acoustic guitar, a good song and a great voice and I'm much more comfortable praising it to high heaven right off the bat (see: Rumer) instead of some clever bit of genre-smashing that's probably a cul-de-sac rather than the beginning of a whole new world. (But I'm not timid when it works. See: Lina.)
Besides, what's wrong with NPR? I've discovered some great music via NPR. I know people who work at NPR! They don't return my calls when I'm looking for a job, but I still like them and they have good taste. If NPR sounds too fusty for you, keep moving, nothing to see here. If NPR-like music for adults who want to hear great albums by veteran acts and get an idea of the best of the new talent sounds right up your alley, enjoy.
Below you'll find my list, followed by liner notes discussing what I love about each album at hand. If you like the artist or the genre or the classic acts I namecheck when describing a sound, the album I'm discussing is probably worth a listen to you. Let me know what's missing -- it's never too late for me to update this list with a gem I foolishly overlooked.
So here are 57 albums worth your time, no matter your age.
THE BEST ALBUMS OF 2020 -- THE LIST

Posted by Michael Giltz at 10:00 AM No comments: