Just because Sperling is playing in Europe doesn't mean you shouldn't get an update on the worldwide box office. Here are the biggest films of the week ending June 16. Remember, we are talking about the worldwide box office. And unlike everyone else, we don't just look at the grosses from the last four days for new movies (which usually open on Thursday) or the grosses from the last three days for movies that have been out for a week or more. We add up all the grosses for the ENTIRE week. And that tells a surprisingly different story. 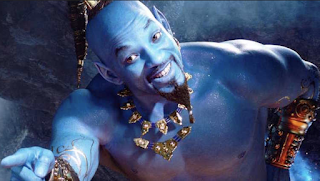 If you listen to everyone else, the #1 movie at the box office worldwide has changed every single week for the past four weeks. They've been:

But if you look at the total box office for the entire week (and remember, this is summer time when weekday box office is especially robust), if you add up the money made Monday through Sunday rather than just the money made over the weekend, here's what you find.... 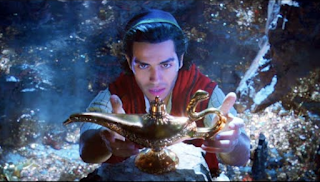 Yes, Aladdin has been the most popular movie in the world for the past four weeks. That's going to change next week when Toy Story 4 jumps to the top of the charts. But Aladdin's dominance is notable and it's a story you hear ONLY from Showbiz Sandbox. Here is our chart listing the top grossing movies worldwide for the ENTIRE week ending June 16. Enjoy! And we'll see you next week!