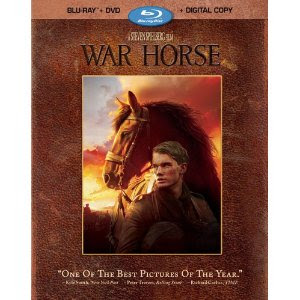 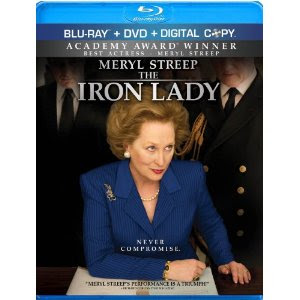 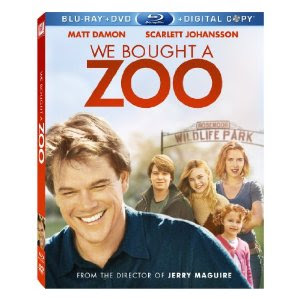 War Horse ($45.99 BluRay combo; Touchstone/DreamWorks)
The Iron Lady ($39.99 BluRay combo; Weinstein)
We Bought a Zoo ($39.99 BluRay combo; Fox) -- It's been a decade since Catch Me If You Can, director Steven Spielberg's last truly satisfying film. But Tintin and now War Horse are misfires on the level of career low points like Hook and Always, films so out of touch you can hardly believe they came from someone who at the very least always had a populist touch. These two were both appropriately rejected not just by critics but by audiences as well.

War Horse is based on the novel by Michael Morpurgo, a solid young adult novel with classic status in the UK. It was turned into a brilliant bit of theater (really, you should see it if at all possible). But Spielberg's film fails on every level. I'll focus on just one: the cinematography by the great Janusz Kaminski is laughably over the top, dolloping every scene in such a hazy, "pretty" manner that it becomes self-satirizing...until the would-be tear-jerker of a finale raises the ante even higher and bathes a simple scene of quiet homecoming in such lurid color, it's like reading a preteen's diary where every emotion and sentiment is underlined and followed by a string of exclamation points. Shameless, terrible work.

Meryl Streep on the other hand does sterling work as always in depicting British Prime Minister Margaret Thatcher in The Iron Lady. It's a pity the movie isn't remotely worthy of her performance. Some object to the film humanizing the divisive Thatcher. I wish the movie had embraced Maggie more strongly: show her as the political steamroller she was. Or demonize her! But do something other than generally ignore what made Thatcher as interesting and compelling as any Shakespearean king. Instead, people who don't know their history would look at this story of a nice little old lady and wonder why people on the street are screaming at her and bombing the places where she stays. Toothless.

Finally, Cameron Crowe is utterly lost. At least Elizaebthtown flopped with originality and a sense of purpose. We Bought A Zoo is just an anonymous, family friendly film that might have been (mis)directed by anyone. Someone help this man. 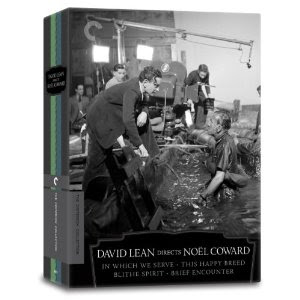 David Lean Directs Noel Coward ($79.95; Criterion) -- Another impeccable boxed set from Criterion, this one celebrating the collaboration between a young David Lean and writer/actor Noel Coward. Before Lean turned into a specialist in smart epics like Lawrence Of Arabia, he was a tight, economical director. His first truly exceptional movie was Great Expectations, but you can see him building to that masterpiece in these four earlier films.

Blithe Spirit is based on a stage smash about a husband haunted by the ghost of his first wife while trying to get along with his second. As a play, it must have seemed awfully clever. But Coward's essential disinterest in humanity shines through in this silly froth: any writer worth his salt would have grounded the comedy in some sort of purpose, such as having the ghost helping the husband set aside his first love and commit wholly to the new wife or dumping a harridan that was no good for him or... well... something! This comedy just bounces about to no purpose and without nearly enough humor to let it coast on charm.

This Happy Breed is a lower class spin on Coward's Oscar-winning Cavalcade. Both tell the recent history of Great Britain through the eyes of a family. This Happy Breed is solid agit prop to gin up soldiers by reminding everyone of exactly what England was fighting for (hearth and home and all that mush). It's no Mrs. Miniver but interesting nonetheless. Brief Encounter is the best of the bunch, a terribly stiff upper lip drama in which the romance is painfully, beautifully unsatisfied in the most British of manners. After seeing numerous Coward plays, hearing many of his songs and watching these movies, I must admit he leaves me cold. Gilbert & Sullivan are sillier, Oscar Wilde and Shaw more pointed, while Coward is just archness and "sophistication." But Coward certainly couldn't ask for a better presentation of his work. Criterion includes bountiful extras, from a UK TV show about Coward's career to a 1971 documentary about Lean and even a rare audio chat from 1969 between Richard Attenborough and Coward. Clearly, Coward was at his best in small talk. 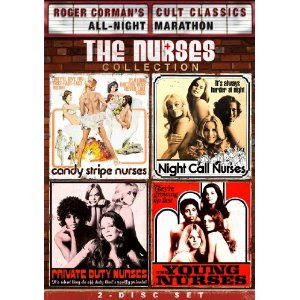 Roger Corman's Cult Classics: The Nurses Collection ($19.93; Shout) -- In this feminine critique of gender roles and the medical society's historic tendency to marginalize, ignore or dismiss as psychological the physical ailments of women, the white uniforms of the nurses represent not purity and innocence but its opposite, the blank slate of desire on which..... Okay, just kidding. This is more Roger Corman B movie silliness. If titles like Candy Stripe Nurses, Night Call Nurses, Private Duty Nurses, and The Young Nurses sound like they're up your alley, by all means dive in. Be prepared for less nudity and naughtiness than you're hoping for but hey -- in the early 1970s there was no Skinemax, so what else did you have to watch? 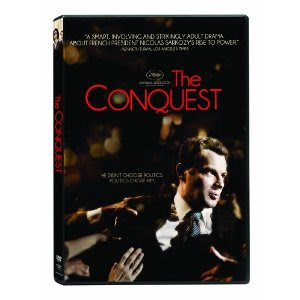 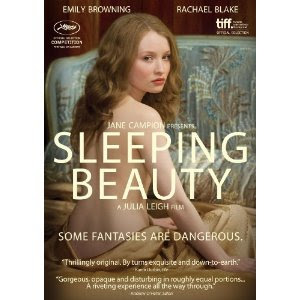 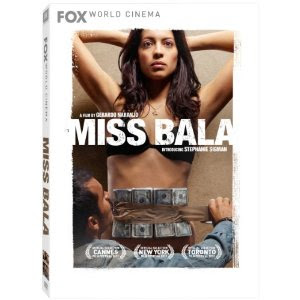 The Conquest ($29.95; Music Box)
Sleeping Beauty ($24.98; MPI)
Miss Bala ($29.99; Fox) -- The Conquest is a fun, smart political drama about Nicolas Sarkozy's unlikely rise to power. I boned up on French politics to prepare myself for this movie but the performances are sharp enough and the lust for power universal enough to translate into any language. Sleeping Beauty is a rather silly tale of a young woman's almost passive descent into the sort of kinky netherworld that only exists in movies. However, the lead Emily Browning is totally committed to her part and director Julia Leigh is so completely in control of the story on a technical level that you just know they both have real talent and are ones to watch. Miss Bala never quite lives up to its catchy premise -- beauty queen wannabe gets caught up in drug wars -- but is a serviceable thriller nonetheless. I expect a U.S. remake with a comic spin. 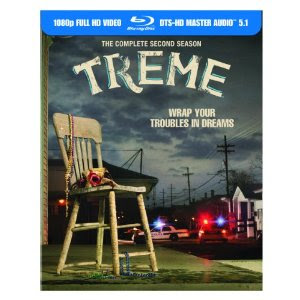 Treme Season Two ($79.98 Bl;uRay; HBO) -- I'm still rooting for Treme, the drama about life in post-Katrina New Orleans. I haven't finished with season two yet and I'm still waiting for it all to click into place the way The Wire did about half way through its first season. For the moment, it remains in shambles with an excellent cast as the saving grace of a frustrating, meandering storyline. The bountiful extras look promising, with a focus on the music, the art, the food, the Mardi Gras Indians and most unusual of all a commentary track devoted to the musical performances. You can't fault them for their passion.

Most titles listed here will be available in multiple formats and in multiple combinations, including DVD, Blu ray, digital download, video on demand, streaming and the like. The format listed is the format provided for review, not all the formats available. It is often the most expensive version with the most extras. Do check individual titles for availability in all their various guises and price points.

Thanks for reading. Michael Giltz is the cohost of Showbiz Sandbox, a weekly pop culture podcast that reveals the industry take on entertainment news of the day and features top journalists and opinion makers as guests. It's available for free on iTunes. Visit Michael Giltz at his website and his daily blog. Download his podcast of celebrity interviews and his radio show, also called Popsurfing and also available  for free on iTunes. Link to him on Netflix and  gain access to thousands of ratings and reviews.

Note: Michael Giltz is provided with free copies of DVDs and BluRays with the understanding that he would be considering them for review. Generally, he does not guarantee to review and he receives far more titles than he can cover.