SHOWBIZ SANDBOX: Who Won and Who Lost In The Disney/Sony Battle Over Spider-Man?

The latest episode of our podcast Showbiz Sandbox is ready for your ears. Dive in!


The big-time Hollywood divorce that has the entertainment industry buzzing this summer is the acrimonious split between Sony Pictures and Walt Disney Studios over custody of the most popular character in the Marvel Cinematic Universe; Spider-Man. The agreement that allowed Sony to loan out the character for Disney’s Avenger films was unprecedented. But after Disney asked to share in the financing and profit of future Spidey films, Sony opted out of the relationship. 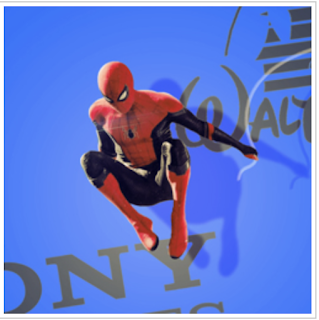 The latest Spider-Man movie was one of the biggest hits of the summer, though box office for the season was actually down. One might think that’s why AMC Cinemas is planning to experiment with dynamically pricing movie tickets, but actually it’s really because they just want to charge more for popular films.
Meanwhile, streaming giants like Netflix are premiering some of their high profile movies at the biggest fall film festivals just in time to kick off awards season. They even plan to show them in cinemas before allowing them to be streamed on their platform. Now all Netflix has to do is convince cinema chains to book them.
Of course we also cover the week’s top entertainment headlines including why Eminem is suing Spotify, the Writers Guild takes its case against talent agents to federal court and why Taylor Swift wants to record all her old albums over again.
Hear the latest entertainment industry news and our unbeatable analysis at Showbiz Sandbox and podcast outlets everywhere!
Podcast now!
Posted by Michael Giltz at 4:00 PM